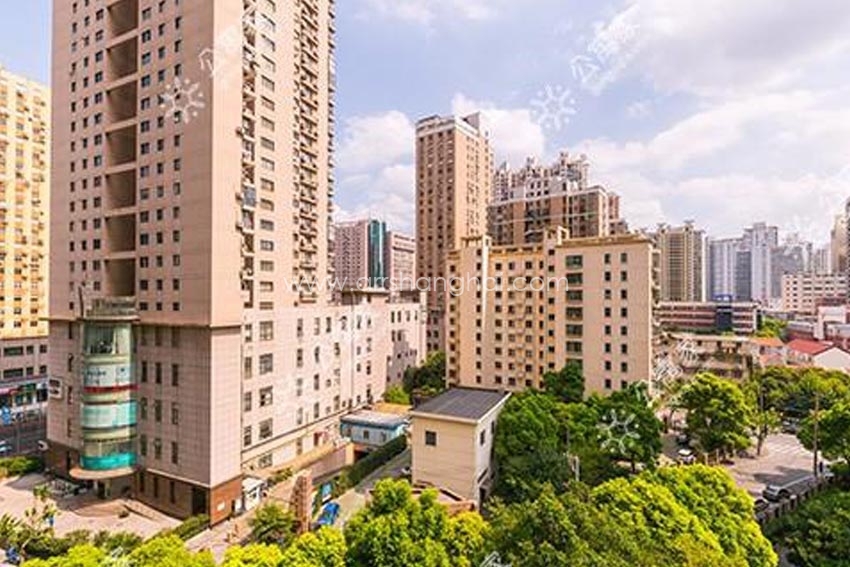 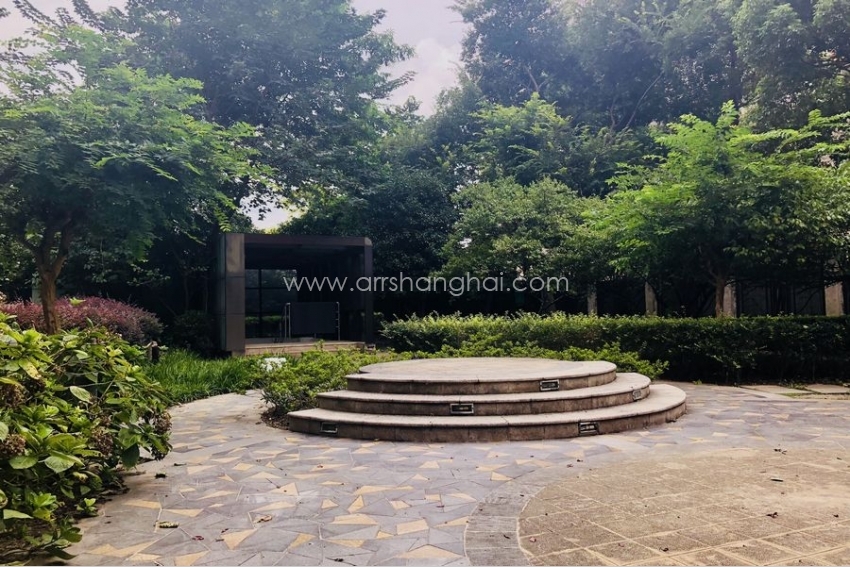 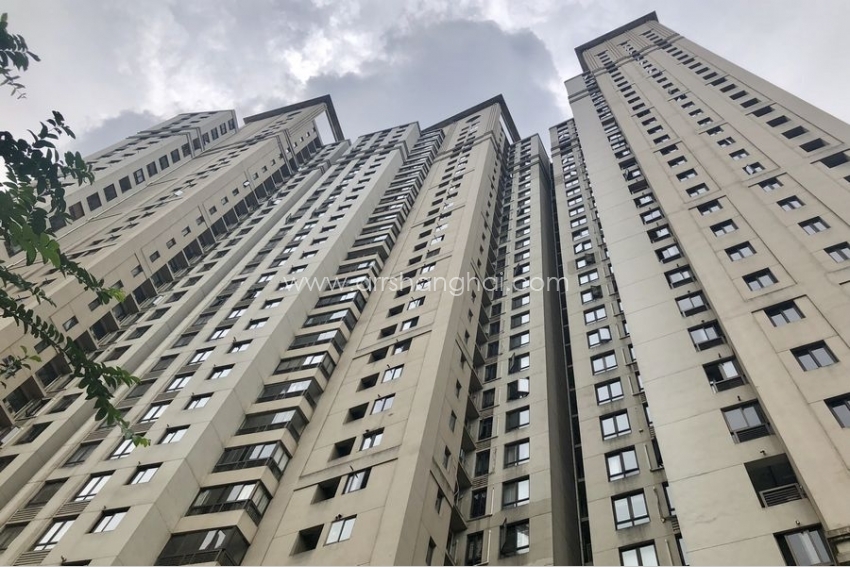 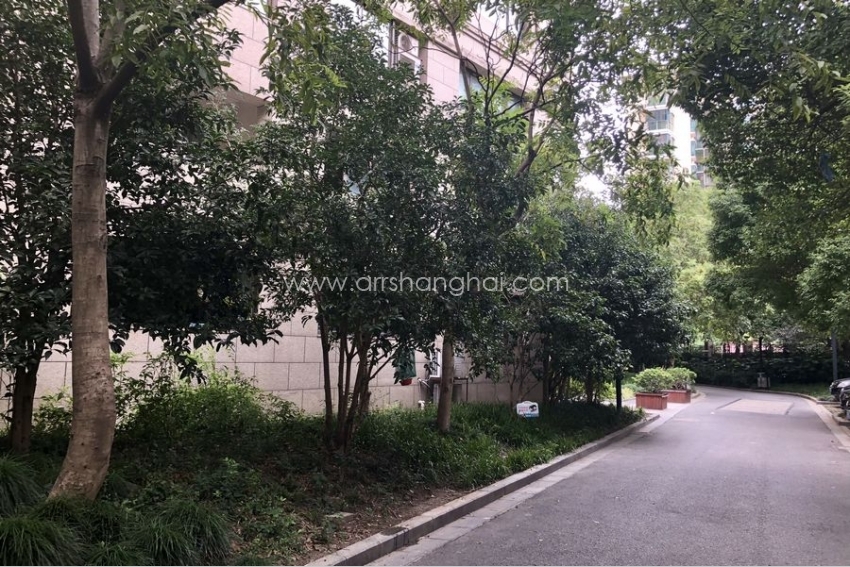 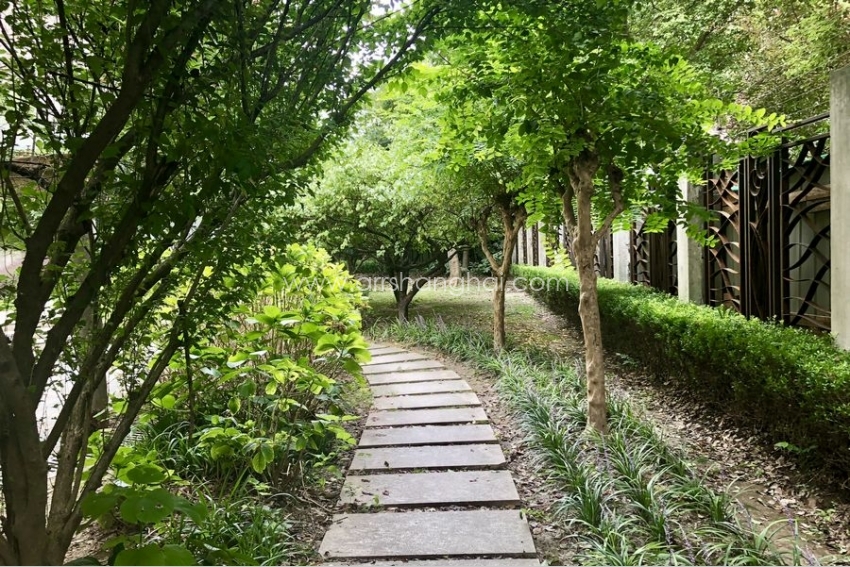 Compound
Just outside the compound is the front-line of China-speed development and growth, with new projects springing up left-and-right between local shops and small boutiques. While residents are playing witness to this breakneck transformation, they themselves are ensconced away each night in a private and tranquil haven.

Inside, there are many of the usual features – manicured greenery, benches, etc. – but it’s the compound’s walkways that are the key feature. Popular among dog walkers in particular, New Westgate Garden has managed to pack a surprising number of walkways and paths into a small area.

The residential apartment buildings, meanwhile, are modern, clean-lined, and well-managed. Each residence has its own look-and-feel, though they all include modern interiors and quality appliances. The dedicated serviced apartment building has 80 units and includes housekeeping. As in other elite compounds, residents have access to a range of facilities, which in this case includes an onsite Will’s Gym and an outdoor children’s playground.

Neighborhood
At first look, the immediate area of Laoximen doesn’t seem so spectacular. Sure, it’s centrally located, not too far from Xintiandi, and has all your basics – a grocery store, banks, etc. Still, it seems to lack a certain ‘je ne sais quoi’. For Shanghai “insiders”, though, few places are more Shanghai than Laoximen.

Laoximen, literally ‘Old West Gate’, was once the site of the old city wall’s western gate, back when Shanghai was smaller and had a moat. The wall lasted in one form or another for centuries until it was finally destroyed in 1912. Until recently, the Laoximen neighborhood has remained as one the city’s long-standing links to the past, with street after street of historical buildings.

Over the past few years, however, the local government has ramped up its urban renewal efforts, and, bit by bit, the last vestiges of old Shanghai are disappearing. While it’s certainly true that many of the historical buildings are run-down and unequipped with modern basics such as plumbing, their beloved symbol as “real Shanghai” has had a stream of journalists and amateur photographers scrambling to capture it all as it disappears right in front of them.

Shanghai has always been a fascinating juxtaposition between the old and the new: the bund with its European architecture and Lujiazui with its futuristic skyscrapers; Xintiandi with its modernized classic Shikumen (or, ‘lane house’) buildings; and now, Laoximen, which is going through a transformation of its own.

It’s this fascinating narrative, along with its central location, that make New Westgate Garden a favorable choice among both locals and foreigners. The Laoximen metro station (Lines 8/10) is less than a 5 minutes’ walk.

Conveniently, Xintiandi, Madang Road, and Lujiabang Road metro stations are also within a 15 minutes’ walk. Lujiazui, the Bund, Middle Huaihai Road, and People’s Square are all nearby and take less than 20 minutes by car. Drivers also have easy access to the East Fuxing Road Tunnel, which connects Puxi with Pudong.